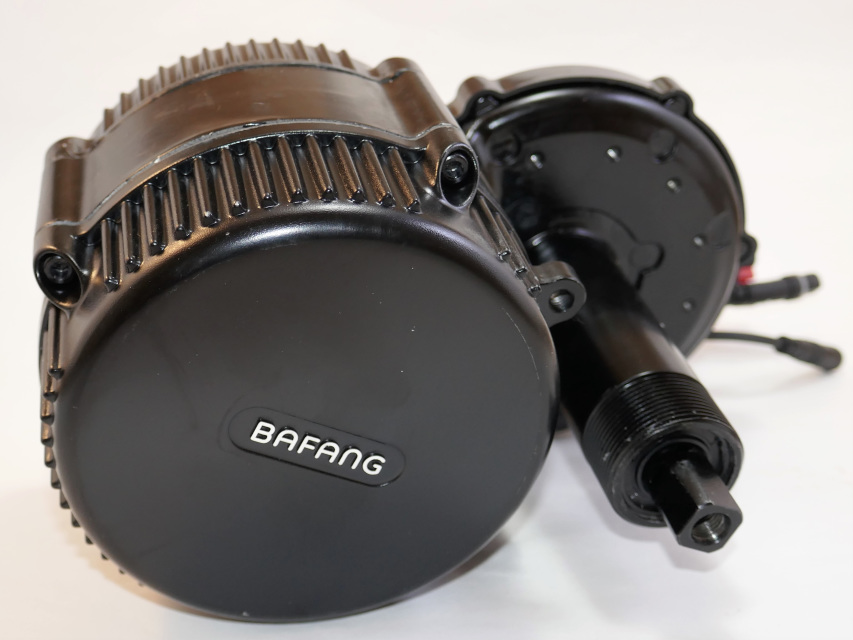 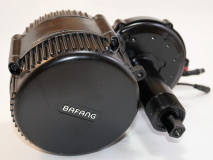 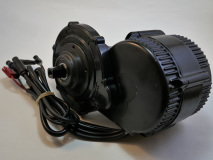 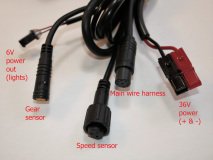 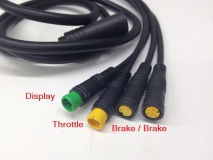 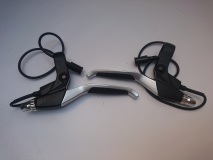 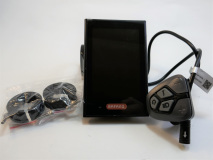 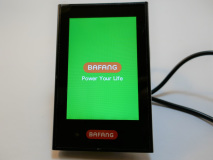 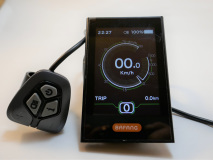 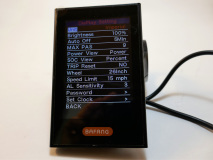 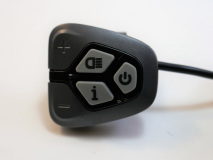 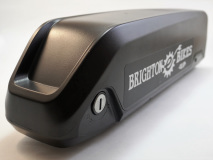 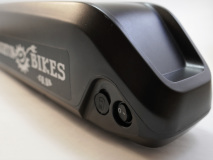 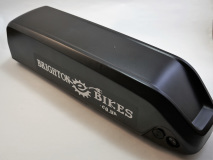 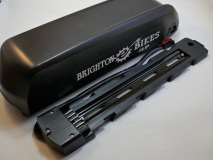 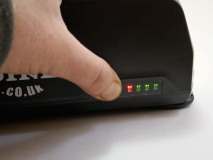 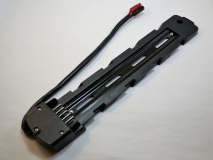 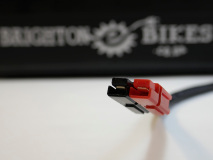 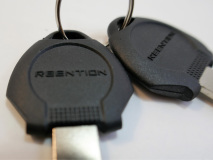 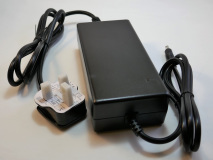 Latest model of BBS01B-ETM 36V 250W motor from Bafang (model reference 'MM G340.250'), suitable for converting over 90% of bicycles already on UK roads into an E-bike. The motor fits directly at the cranks, so the majority of the bicycle remains unchanged.

The ETM, meaning extra torque model, has several uprated internal components. The motor winding is more substantial and the controller has uprated components (capacitors and mosfets) meaning it can power at a higher current thus producing greater torque (peak 100Nm compared to 80Nm for the BBS01B).

These motors have several new features compared to the previous BBS01 motors, such as revised controller design with improved gasket, additional connections for direct gear sensor input and a 6V power output for lighting.

The supplied display is the latest model 'DPC-18' colour display allowing to select from up to 9 gradually increasing levels of assistance depending on the terrain/winds.

​The bike rides as normal when power is switched off without the drag, weight or resistance that can be associated with hub motors.

Considered superior to hub drive systems, especially for hill climbing, torque and efficiency, the BBS01B-ETM are arguably the best way to maximise the 250 Watt power limit allowed in the UK to qualify as an EAPC.

The battery is the new Reention Polly case, designed to mount on the bike's downtube. The battery uses LG MH1 (3,200mAh) cells.

The battery comes supplied with a 2A charger (UK 3-pin plug).

Both motor and battery are upgraded with Anderson Powerpole connectors, superior to the standard bullet connectors commonly supplied.

​For further information or to discuss converting your bike please email via the contacts page or call the workshop direct on 01273 930700.

5 available
Add to Cart
The motor simply replaces the old bottom bracket*, crank arms and chain ring(s), leaving the majority of the bicycle unchanged yet transforming the humble pedal bicycle into electric/human hybrid powered, zero-emission transportation. The motor is secured to the frame just like standard components and cannot be easily removed without the correct tools.

Suddenly, journeys that previously felt too far to take the bike, routes that include steep hills previously avoided no matter how great the views or pretty the scenery, become a breeze with the addition of electric pedal assistance.

Unlike most E-bike systems produced up until now that would power from the wheel hub, the Bafang BBS01B-ETM (MM G340.250) powers from the cranks. This provides high torque power directly at the cranks, meaning the rider benefits from motor power through all of the gearing available at the rear wheel.
Also, a mid-drive lowers and centres the bike's centre of gravity making the ride feel more stable and controlled. Mid-drive is fast becoming the favoured choice for a lot of off-road and hilly commuter bikes.

If you are planning on installing the kit yourself, please feel free to call us on 01273 930700 to discuss this first.

Transform your beloved bicycle into an Electrically Assisted Pedal Cycle and enjoy more smile per mile.